A popular Indonesian cartoon that has emerged since the onset of the coronavirus (COV-19) shows a series of boxes filled with various symptoms (severe cough, joint pain, runny nose, stomach ache, fever, headache, etc.) with lines all connecting to one containing the cause: masuk angin. Literally meaning the wind enters, masuk angin, and the diagnostic imprecision behind it, could be why Indonesia has only reported a handful of cases. Created by an Indonesian, the cartoon says many Indonesians will experience COV-19 as something they already know about and seek traditional remedies without interfacing with a clinic or hospital.

Indonesia has several hundred kits sent by the CDC (each can handle 700 samples) and has only tested approximately 200 people exhibiting strong symptoms. But since 80% of COV-19 cases appear to be mild, only a wide-ranging random testing regime can build the data necessary to fully understand the virus. Meanwhile, Indonesia has taken some measures to lessen the odds of an outbreak: curtailing travel, 14-day quarantines for those returning from infected countries such as China, temperature checking travelers at ports of entry, and increasing public awareness of helpful personal hygiene measures. It can be assumed that there are more than the 2 confirmed cases out there, hopefully with only mild symptoms.

However, as articles in this issue indicate, some major disruptions have already hit Indonesia along with the rest of the world. One was the March 14 US-ASEAN Leaders Summit in Las Vegas called by President Trump, canceled because of the coronavirus. President Jokowi would have attended. Widely viewed as an atonement for a retraction in the US diplomatic approach to southeast Asia (Trump did not attend the 2018 and 2019 ASEAN Summits), the meeting would have only marginally improved the current lack of US engagement. The US will have to do more than hold a summit or cry-out “predatory economics” to curtail the rise of China’s military and economic influence in the huge SEA market, especially in the area of infrastructure. March 16 was supposed to be the first White House visit of President Jokowi and infrastructure was reportedly one of the main topics. Specifically, the two leaders were slated to discuss US investment in Indonesia’s new Sovereign Wealth Fund, designed specifically to finance the building of Indonesia’s $34 billion new capital in East Kalimantan. Odds are that if the US makes an investment via the new Development Finance Corporation (successor to OPIC) it will only be symbolic. Its been a generation since the US “did” mixed credit financing (loans, grants, investment) for infrastructure in Indonesia. As Malaysia’s Mahathir said in 2016 “We cannot afford to build these very expensive railway lines,” “Whether we like it or not, we have to go to the Chinese.” We will know that the US is “back” when we can finance a major infrastructure project in Indonesia. (On February 24, AICC hosted a briefing on infrastructure financing for 5 Indonesian visitors. Topics included: revenue-backed bonds as well as municipal bonds for schools, roads, bridges, and water systems.)

Our Indonesia friends have not panicked but they are concerned. Significant funds may have been withdrawn from their capital markets, but experience tells them that they will return if they focus on market fundamentals. They are doing the right things: looser monetary; fiscal stimulus, especially in the tourism sector; a new Omnibus law focused on job creation designed to attract more manufacturing foreign investment, especially from firms relocating from China. Even with all these measures GDP growth will most likely be curtailed by .5-1%. Resilience is in Indonesia’s DNA. We need to trust her capacity earned from recovering from floods, volcanic eruptions, earthquakes, and previous financial meltdowns. Epigrammatic of the “anti-disruption” is the The Bali Spirit Festival (30 April – 5 April) and Ubud Food Festival (17-19 April) – both committed to “carry on”. We all need to do the same.

(The opinions expressed here are solely the writer’s and do not necessarily reflect those of the American Indonesian Chamber of Commerce or its members.)

sponsored by the US State Department’s Visitors Program Representatives from the Ministry of Finance, 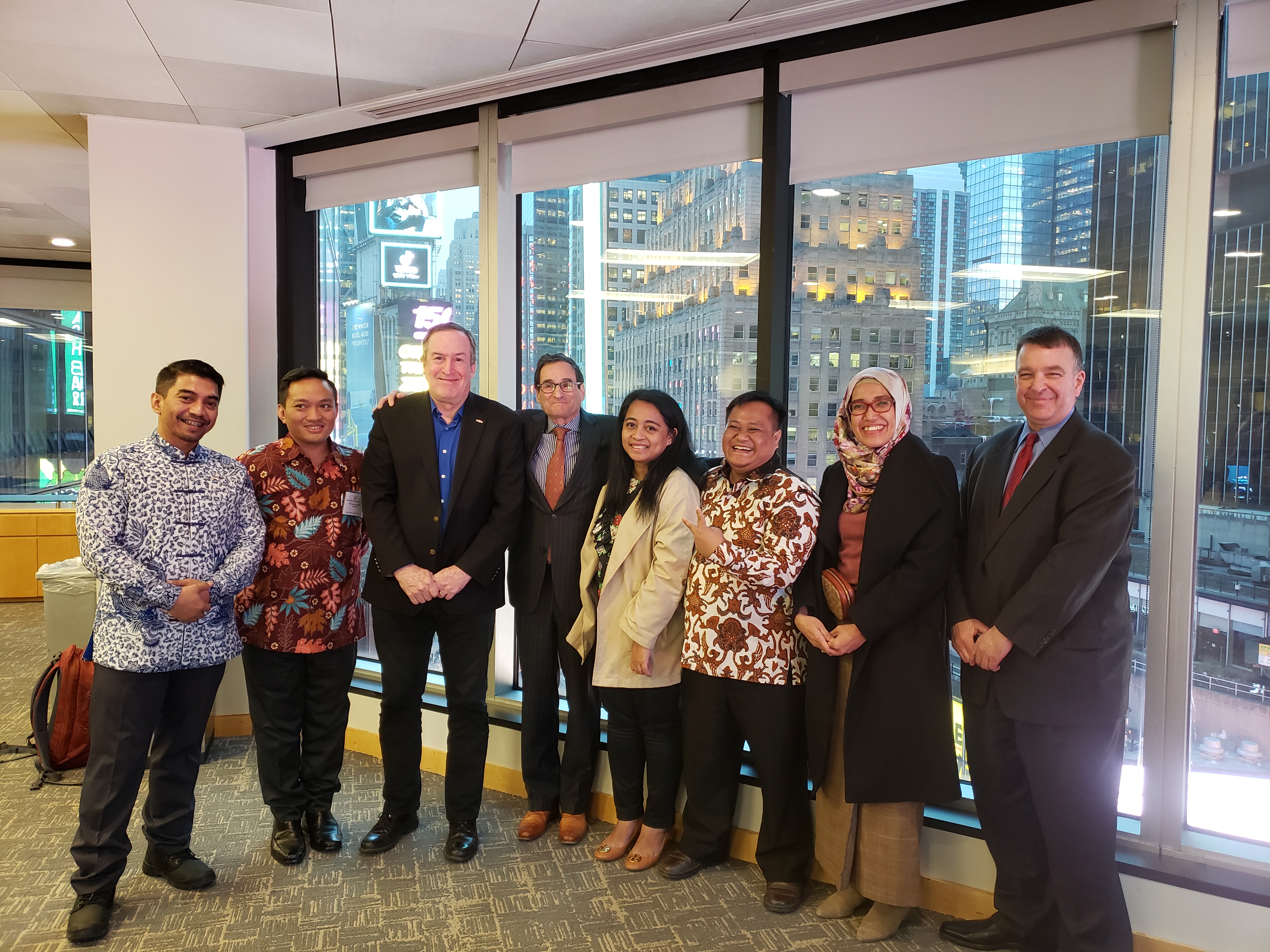 This Week in Indonesian History

Indonesia independence leader and first Ambassador to the US, Ali Sastromidjojo dies. Argued Indonesia’s case at the UN in 1948.

To read/download a PDF version