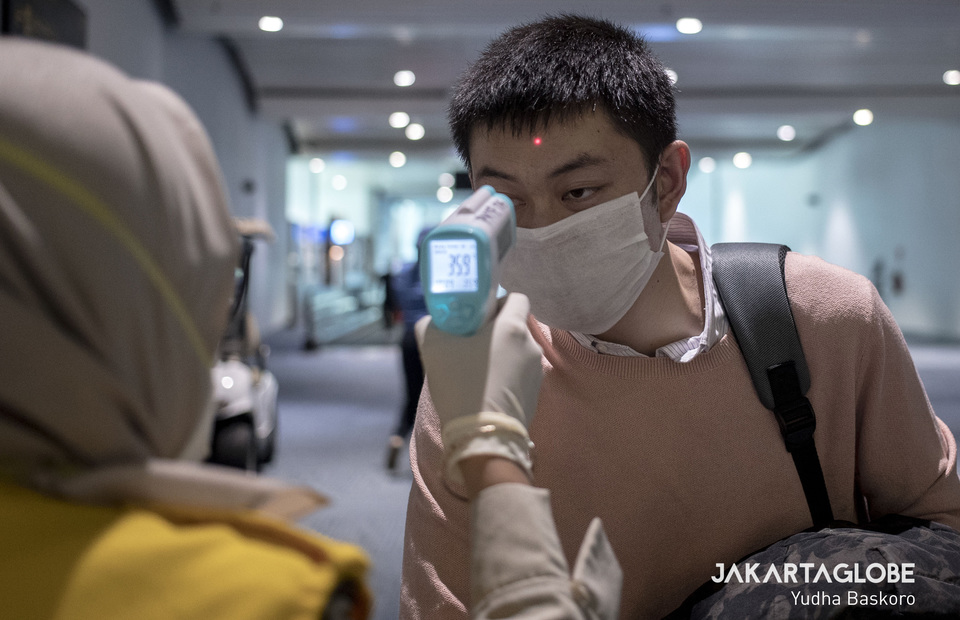 Health inspectors at Jakarta’s Soekarno-Hatta International Airport started screening passengers for coronavirus after the Indonesian government issued a limited travel warning to China on Tuesday. All arriving passengers now have their body temperature checked twice before they leave the airport. (Editor’s Note: To date, Indonesia has issued a travel warning rather than an outright ban. It is monitoring closely what other countries are doing.)

The Attorney General’s Office says corruption has left state-owned life insurer Asuransi Jiwasraya on the brink of bankruptcy and names five suspects in the case, including former executives and a prominent local investor. The AGO on Tuesday detained Benny Tjokrosaputro, the commissioner of Hanson International, for his alleged involvement in the insurer’s crooked investments, which have caused losses of Rp 13.7 trillion ($1 billion) to the state. Since Jiwasraya is a state-owned company, the losses automatically lead to a charge of corruption under the anti-corruption law. (Jakarta Globe)

The National Police have opened an inquiry into allegations of corruption in the Indonesian Armed Forces Social Insurance, or Asabri, taking the lid off another potential scandal in a financial industry already ridden with billion-dollar graft cases. Earlier this week, the Coordinating Minister for Political, Legal and Security Affairs, Mahfud M.D., said Asabri, which manages life insurance funds belonging to close to a million Indonesian soldiers and police officers, had allegedly misappropriated the money under their care and lost between Rp 10 trillion and Rp 16 trillion ($730 million-$1.2 billion).

The government has sent Parliament a draft bill on data which would be the first in the country. Included are regulation on data ownership, consumer rights and cross-border data transfer. Under the proposed regulations, a person must provide explicit consent to provide data, such as name, sex, nationality, religion, medical records, biometrics and sexual orientation, to another party. This info can only be used for reasons agreed by the data owner, and trading of private data will be prohibited.