The amount of money that Indonesian migrant workers send home to their family every month often exceeds three times the monthly income of their spouses who decide to stay at home. But unfortunately, lack of financial planning still keeps many of these low-income households under strain, a recent study showed. The study, titled “Both Sides of the Coin: The Receiver’s Story,” by US-based international payment company UniTeller, shows the average monthly remittance received by low-income Indonesia households from their family members working abroad is $547 – three times the average monthly income of $157 independently earned by the recipients. The study surveyed 501 adults from low-income households in Indonesia using on-line interviews in September. It was part of a larger study that involved a total of 1,911 respondents among low-income households in Indonesia, India, the Philippines and Vietnam. (Jakarta Globe) 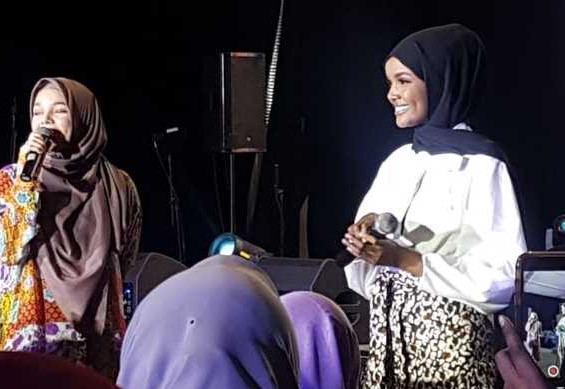 An Islamic cultural conference kicked off in Jakarta last month to represent Muslim ways in an array of interests and businesses, from travel and sharia banking to digital economy and fashions. Organizers of the Jakarta Halal Things festival invited American model Halima Aden, known as the first model to wear a hijab in the Miss Minnesota USA pageant, and at least 50 speakers to lead discussions in various panels.